In 2013, I had been having some visual changes with my second pregnancy. No big deal, right? Pregnancy gets a bad rep for causing all kinds of freaky changes to a woman’s body. I mean, you could seriously start growing a purple mustache and your doctor would probably blow you off and say it’s just because you’re pregnant.

However, after some time my vision got so bad that I was seeing nearly completely double. I remember driving home from my mom’s house one night after a visit, and the highway looking through the windshield reminded me playing Mario Go Kart as a kid. Remember? Where the screen is split with one player on top and the other player on the bottom of the screen? I was beginning to get pretty freaked out by this point.

I had been to the eye doctor to have my eyes checked during some point, but they seriously struggled to help me because early on, my vision wasn’t separated enough for me to be able to explain what I was actually seeing, I just knew it wasn’t right.

The day I drove myself to the hospital to deliver, I really shouldn’t have. I had a terrible time getting there that day but like all mommas that have been pregnant for 82 thousand months, I wasn’t going let anything get in the way of getting this baby out of my body that day!

I’ll get around to writing about Kolt’s birth one day, but for now let’s fast forward over that part of the story. It’s sad and traumatic and  crappy and all those other adjectives that are used to describe the moment you find out your baby has been born with life threatening defects. *me giving the finger to those memories

Moving on! Within days of arriving at the children’s hospital, I was basically living with one eyelid closed. My left eye was continuously having its own damn party, wandering off instead of focusing on what was ahead of us. Ya know, like when you’re looking at someone? So there I am, surrounded by Kolt’s elite team of doctor’s, no not one or two, hell no. Like six or eight at a time. I’m trying to soak up all this info about how my newly born child, looking like an elephant in the room because in the NICU, an 8 pound baby is basically an elephant in comparison, all the while I can tell these doctors are so confused. They aren’t sure if I’m listening to them or reading something off the wall or if I’m signaling someone across the room to come here. Not to mention their “I have no clue which eye to look at” expressions.

So eventually I just had to keep my eye closed and watch around the hospital looking like Ragetti from Pirates of Caribbean. Yeah, that bad.

Then the questions came about, “What’s wrong,” “Are you ok,” “Is there something in your eye?” My explanation confused them even more.

All but one doctor. Weeks later, we had been moved to the Cardiac Intensive Care Unit and that’s where we met the doctor we contribute to saving my life. Later, he would save Kolt’s  life, on more than one occasion.

With his persistence I was finally able to get a doctor to order the tests to check for Myasthenia Travis.

The tests were positive. My own immune system was attacking my muscles.

All of my doctors were stunned. I was quickly placed on a stupid high dose of steroids until the other meds could work effectively killing my immune system.

I was devastated as I learned more about this disease and the methods of treatment.

Here I had just given birth to baby, at the time, we didn’t know if we’d ever be able to bring home, and now, I had this life altering autoimmune disease.

I was so broken. Everywhere I turned for strength to move forward, I got a hard punch to the gut.

I couldn’t cuddle and love on my baby or watch him nurse. But I could pump breast milk for him. I was determined to make it work even with very little success with my first son. Kolt’s condition drove me to make it happen. I struggled with volume just as before. After my diagnosis, I learned that because of the meds I was having to take, Kolt couldn’t have my breast milk. The morning I began taking my meds, I poured 6oz of that liquid gold down the sink. Then I spent the next 30 mins in the floor of my room sobbing.

Helpless, hopeless, broken, alone, devastated, a piece of me died that morning on the floor.

I had always wanted 3 children. No matter what happened with Kolt, those desires didn’t change. But within the first few minutes of meeting my new neurologist, he was urging me to get my “tubes tied” or at least consider an IUD.  He politely resigned to that being a subject we could discuss at a later time when he learned that I was actually living at the hospital waiting to find out if my son would survive and if so, with that deficits. Once again, a piece of me died. Due to my disease, it would extremely dangerous for me and the baby if not impossible to get pregnant again. If I did while still on the meds, there were high risks that the meds would cause severe birth defects.

All these hits. I had nothing left. The path to my diagnosis wasn’t easy. The diagnosis itself was another shitty hand cards dealt on top of my already shitty hand of cards.

I’m dealing with it daily though. Mostly, my disease has been manageable. I push through because I don’t have a choice. And when I can’t, I don’t. I’ve had my ups and downs with it, but all of my scans look good at this time, so honestly, I just don’t take the time to stress about my own health until it’s really unavoidable.

Have you ever heard of the “Spoon Theory?

“How do I explain every detail of every day being affected, and give the emotions a sick person goes through with clarity. I could have given up, cracked a joke like I usually do, and changed the subject, but I remember thinking if I don’t try to explain this, how could I ever expect her to understand. If I can’t explain this to my best friend, how could I explain my world to anyone else? I had to at least try.”

Sitting in a café, Miserandino goes on to explain how she gathered spoons and used them to represent finite units of energy. Energy, for many of us with chronic illness, is limited and depends on many factors including stress levels, how we’re sleeping, and pain. Miserandino then walked her friend through the friend’s normal day, taking spoons, or energy, away from the friend as the discussion went on. By the end of the day, her friend wasn’t able to do as much as she wanted. When she realized Miserandino went through this every single day, her friend started crying. She understood, then, how precious time was for people like Miserandino, and how few “spoons” she had the luxury of spending.

I’m a “Spoonie.” Here’s What I Wish More People Knew About Chronic Illness

“Outside of the medications and doctor appointments, our day-to-day lives can be limited and dictated by what our illnesses do to our bodies and minds. As someone with multiple chronic illnesses myself, I constantly use the concept of spoons as energy with family, friends, and others. When I’m having a rough day, I often express to my husband that I may not have the spoons to cook dinner or run errands. It isn’t always easy to admit, though, because it can mean missing out on things both of us really want to take part in.”

I can relate totally to the spoon theory. I guess you can call me a “Spoonie.” 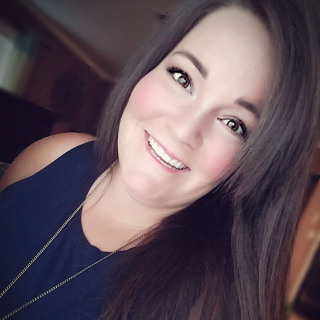 Hey Hey! I'm Casey Adams and I'm the writer behind One Well Momma. I was born and raised here in southern Arkansas. I am blessed to have many roles in life. I'm a wife, mother to 2 little boys, A DIYer, an entrepreneur, and daughter of Christ. I love to design, shop and connect with others. I hope One Well Momma was created to empower women and mothers that have been affected by with mental illness to Evaluate, Evolve, and Elevate lives through mindfulness and self realizations. There is joy on the other side of the darkness and YOU ARE CAPABLE of achieving it. ---> ; <---

Disclosure: This is not meant to a diagnostic tool. Please see a professional for further information about your mental health.